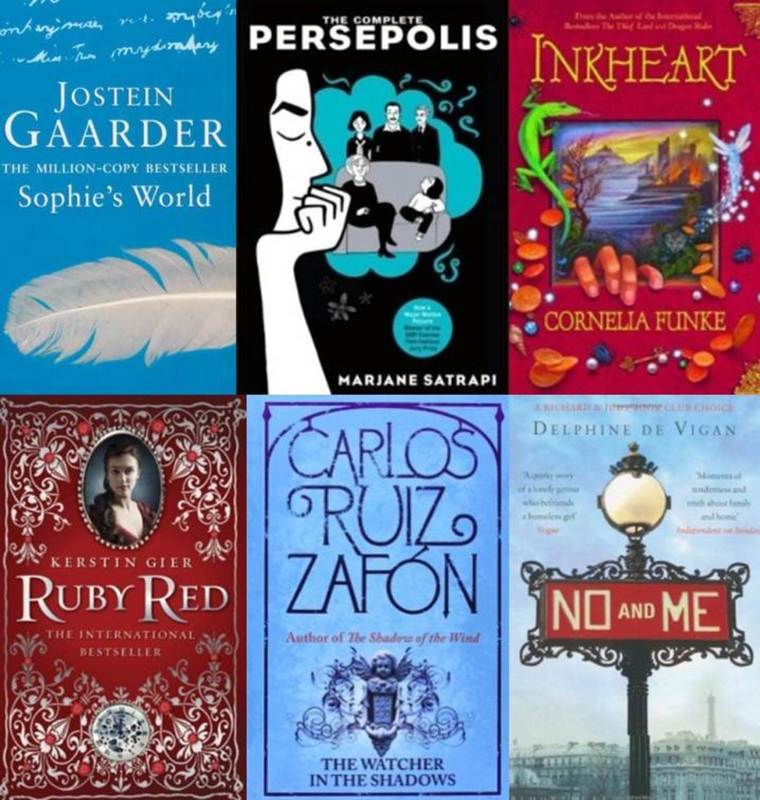 Lots of English-language young adult books, such as The Hunger Games and Half Bad, have been translated into other languages. But fewer foreign books are translated into English: in 2014, only one out of the fifty best-selling young adult novels had been translated from another language. This is mostly because translations can be expensive, and perhaps also because of a commonly held belief that readers aren’t interested in books by foreign authors they’ve never heard of.

Why read books in translation?

So why bother reading a book in translation when there are already great ones in English? Well, books written in English can be set in different places with diverse characters, but books originally written in another language allow you to connect with readers from other countries and cultures, without the need to speak lots of languages! There is a wealth of great translated fiction out there for young adult readers.

Here is a selection of some of the most popular young adult books in translation:

The Watcher in the Shadows by Carlos Ruiz Zafón

The Watcher in the Shadows is one of Spanish author Carlos Ruiz Zafón’s four young adult novels which have been translated into English and more than 40 different languages. It is the story of Irene, Ismael and a mysterious toymaker who lives in an old mansion, surrounded by the magical beings he has created.

Ruby Red is the first book of a trilogy by German author Kerstin Geir. The fantasy series, which has been translated into over 27 languages, is set in contemporary London and follows the life of a time-travelling girl called Gwendolyn Shepherd.

Like Ruby Red, Inkheart is a fantasy trilogy which has been translated from its original German. It is a story which breaks the boundaries between reality and the mysterious world of books as Meggie finds herself in the middle of an adventure she’d only ever read about in books.

No and Me by Delphine de Vigan

A Richard & Judy book club choice, No and Me by French author Delphine de Vigan follows the exceptionally smart Lou Bertignac and her unlikely friendship with a homeless girl called No.

Marjane Satrapi’s autobiographical graphic novel, originally published in French, depicts what it was like to grow up in Iran during the Islamic Revolution.

Norwegian author Jostein Gaarder’s novel follows 14 year-old Sophie as she encounters a mysterious mentor who leads her on an exciting journey of philosophical discovery.

Why not have a go at interviewing an author here.