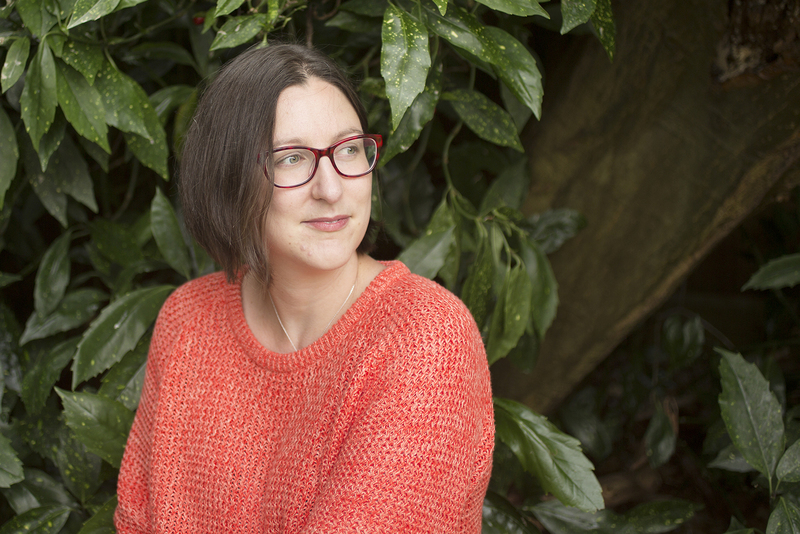 Last month, Kidderminster Reading Hackers interviewed Maggie Harcourt, author of Unconventional. They described Unconventional as “relatable and funny: a brilliant look at the world of conventions and falling in love.”

Who inspired you to write the book? Do you know any people like Lexi?

It wasn’t specifically a person who inspired the book so much as the whole fan convention world.

Without the people who run conventions there wouldn’t be a convention at all. You could say that Unconventional is a thank you and a love-letter to them, just as much as it is to the convention scene itself.

What is the significance of the pineapple?

‘Pineapple’ is used as a code-word for the convention staff when they’re communicating across walkie-talkies: it’s a way of letting other volunteers know there’s a problem.

I chose a pineapple specifically because it’s a fandom joke. Susanna Clarke’s novel Jonathan Strange & Mr Norrell, contains several scenes where Jonathan Strange sees pineapples wherever he looks (it’s a magic thing). When I re-read the book, I started spotting references to pineapples everywhere in the story. It felt like something Lexi would have spotted.

Was there a certain message you were trying to put across when writing the book?

I wanted to write a book that was a love story – love for friends and family (whether that’s the family we’re born into or the family we choose) and also about learning to love ourselves. In Lexi’s case, that’s realising that it’s okay not to be completely in control of everything all the time. And it’s also a book about loving and being enthusiastic about things, about celebrating stuff and being a fan – because everyone is a fan of someone.

Do you ever think about writing Haydn’s book fully? Did you have the inspiration for his book or for Unconventional first?

Unconventional always came first: Lexi and Aidan popped into my head fully-formed and I realised that if Lexi was going to fall in love with a book, I needed to know it almost as well as she did.

Like Aidan, I live in Bath and I go to the Holburne Museum on a fairly regular basis. There’s a particular painting that I really like. One day, I was looking at that picture and the idea of paintings being used to trap dangerous magic – and a group of people who stop it escaping – came into my head… and that was Haydn’s Piecekeepers.

Do you plan on writing a sequel? I am very curious what path Lexi chose next in life.

I’d never say never, because it would definitely be fun to see where Lexi went next: I imagine wherever that might be, she’d have her clipboard with her. For now, I like to think I’ve left them all free to choose their own paths, wherever those might lead. Of course, that’s not to say that Lexi or Aidan or any of the others might not turn up in something else in the future…

I was very interested in the dual personalities of Haydn/Aidan- do you think this is a common trait among writers? If so is this something you have experienced yourself?

There’s definitely something of me in Aidan, especially as he tries to navigate the difference between being just Aidan and being ‘Haydn the Author’.

Writing tends to involve spending a lot of time in your own head and being quite introverted. So when you get asked to stand up in front of a crowd of real people and talk, however lovely and friendly they are, it can be a bit daunting and overwhelming; just as it would be for anyone!

That said, there is genuinely nothing better than getting to meet people who’ve read something you wrote and hearing that it connected with them in some way. It what makes everything worth it.

What advice would you give to young girls like Lexi who are struggling to fit in college and other commitments?

Know what you want from life. Not necessarily what you want to do – because who really knows that? – but know the general direction you want to head in. I used to have a quote from Morgan Freeman stuck to my noticeboard, where he said “Make plans for yourself, and then aim yourself in that direction. Because what you want is what you’re going to get.” It always helped me when the world felt like it was getting a bit much. And be happy. You only get one life, so make sure it’s a good one – and make sure it’s yours.

I do! I went to my first one in 2010, and I’ve been going on and off ever since – both as a visitor and working behind the scenes. They’re so good at bringing people together, especially if you’re the only one in your friend group who’s into a particular thing: whether that’s anime or a book series or a game or TV show, a convention is the place where you could find other members of your ‘tribe’. It’s very easy, I think, to see them as being a bit weird if you don’t have any experience of them, but I wanted to show them for what they are: an opportunity to get together and celebrate the things we love.

Fandoms and the internet have changed the lives of many teenagers our age. What was important in your life as a teenager? Were there any books or TV shows you loved?

It was mostly music when I was in my teens – we used to make mix-tapes for each other at school and try to include the most obscure stuff we could possibly find in an effort to out-cool one another. When it came to TV, Buffy the Vampire Slayer started when I was around 17, but it didn’t really become a huge thing until I was at university (when I promptly bought a life-size cardboard cut-out of Angel from the Forbidden Planet shop in central London and had to carry him around with me all day). And then, of course, Harry Potter came along…

Your story focuses a lot on the importance of family and strong friendships in a girl’s life. Did you base the emotions and relationships on any things you experienced as a teenager?

I think we start to understand the idea of what ‘family’ means differently when we get to our teens: it doesn’t necessarily mean ‘the family you’ve grown up with’, and starts to be more about ‘the people who are there for you’ or ‘the people you want around you’. It’s about the people who make you feel like you can be yourself, and who accept you for who you are.

I had a couple of really close friends as a teenager, but perhaps Lexi’s friends are slightly more influenced by people I’ve met since then – maybe because I didn’t really feel I’d found my tribe until after I’d left school.