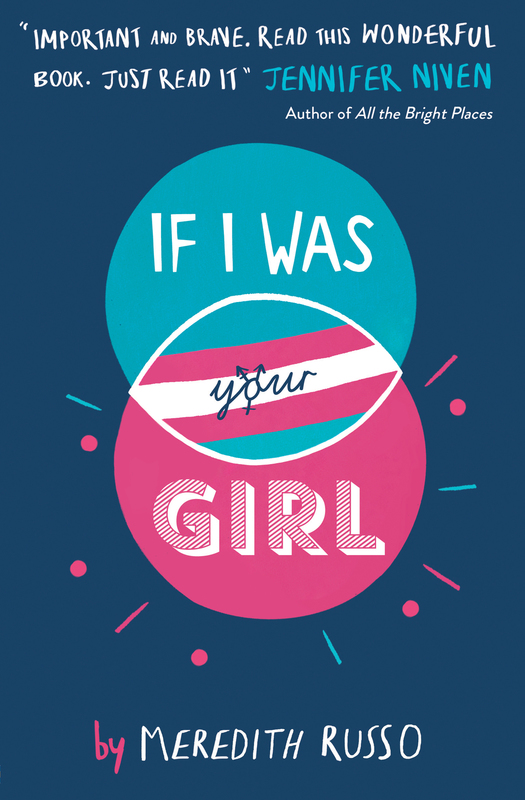 The Thrillseekers from Wiltshire interviewed Meredith Russo about her poignant and powerful debut novel, If I Was Your Girl.

If I Was Your Girl is the story of Amanda. She’s just started a new school, is pretty and popular, and looks like her life is easy. But being Amanda has never been easy. When she was born, she was named Andrew. Now she finally feels like herself, but does she owe her new friends the truth about her past?

Obviously some of the book draws on real life experience. We were wondering how much is fictionalised and how much is autobiographical?

Basically nothing in the actual plot of If I Was Your Girl is autobiographical, but it’s still an incredibly personal story. Parts of me are woven into every character, as are parts of some of the most influential people in my life. The feel of the story is the feel of my life and the lives of those most important to me. Amanda’s anxieties about being trans, Virginia’s resilience, and Bee’s use of sarcasm as a defense mechanism are all things I’ve felt deeply and tools I’ve used to navigate the world. The very Southern song of cicadas is the song of nearly every summer of my life up to now.

What was the main reason you wanted to write about this topic?

I wanted to write the book I needed when I was a lonely, confused young person in the late nineties and early naughties. I wanted a book that showed a happyish post-transition life full of friends and lovers and future plans, where the possibility of inhabiting my home and maintaining my own personal identity was possible, and one where the writer was clearly visible as someone like me, making her way into adulthood, and being (relatively) successful and stable compared to how I felt at the time.

Who was your favourite character in the book?

Bee, by a country mile. She’s based on who I was when I was a teenager, for better and for worse. I share being trans and a little nerdy with Amanda, but like I say in the author’s note, Amanda is thin, and straight, and passes easily, and so on. Amanda turns all of her anxieties inward, while Bee projects her sometimes limitless resentment, disappointment, hurt, and anger onto the world around her. I think I have more sympathy for what Bee does than any reader ever will, because I remember being a teenager and feeling so overwhelmed that the only way out was to run toward the nearest substance, the nearest set of open arms, or, barring that, to just lash out at anyone nearby as a way of putting my pain outside myself. It’s not a part of my life I’m proud of, but it’s important to be honest about these things, which is why I wrote Bee.

How did you come up with Bee? What will happen with her? Would you ever write about her again?

I think I just answered the first part of this question accidentally! As to what will happen to Bee, it’s my opinion that stories are enhanced when their creators step back and let the audience find their own answers and interpretations. All the same, you can probably look at my life and have a good idea of where she might end up: she’s probably not going to get better any time soon. It’s going to take her a while to really come to terms with what’s wrong with her, and when she does she probably won’t be strong enough to deal with it on her own. But I have hope that Bee would somehow find a way to grow and be happy.

I’m conflicted about writing about her again. I would love to visit my characters again, but that wouldn’t leave things open for readers. The more blank spaces I fill in about their lives, the less room you all have to imagine. Amanda has a cameo in the book I’m working on now though, and I think that might be a good happy medium. I would love for Bee to have a walk on role in something I write in the future.

What is the best piece of feedback you’ve ever had?

I just got an email an hour ago from a young trans girl who said that she was up until 5am in tears reading the book, and that it helped her come to terms with things and realise what she wants from life. That really does mean the world to me. I could win a Nobel Prize and it wouldn’t mean as much as messages from young trans people who tell me I’ve helped them.

What advice would you give a young trans person reading If I Was Your Girl?

Put yourself first where the life you want to lead is concerned. Never, ever let yourself be someone you’re not just to satisfy the comfort of others. It’s likely that people will take your transition or coming out personally. Some will turn you into a political idea, family members might cry that they’re losing their son/daughter, friends might feel betrayed that you never told them, teachers might feel put out at having to deal with it, but none of these are your concern. Your concern is taking care of yourself now, in the ways that really matter, so you can be your best son/daughter/friend/student/citizen when those around you come to their senses and remember how important you are.