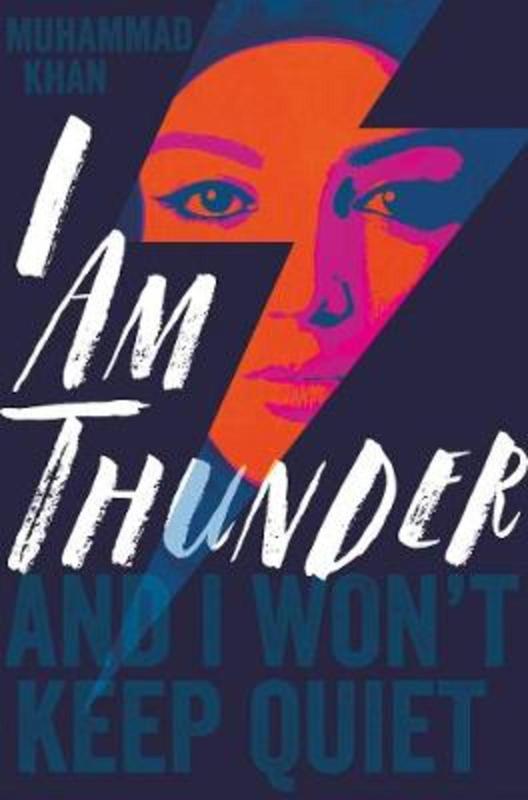 This week’s Popcorn Session is an interview with Muhammad Khan, author of I Am Thunder. Students form Varndean School spoke to the secondary school teacher about racism, radicalism and writing YA.

The ending to I Am Thunder is fairly open – are there any plans for a sequel?

No. Writing I Am Thunder was a very difficult experience for me. I actually waited for someone else to write this book, but when no one else did, I felt I had to. My students were frustrated and had lots of questions around the subject matter. I wanted to create a safe space in which serious matters like Islamophobia and radicalisation could be explored. Ultimately I wanted to try to keep teenagers safe.

Were the characters, events and situations inspired by real people?

Yes, because the subject matter is so serious, I felt I had to ground it in reality. The characters are all hybrids of my students. The events and situations were inspired by news stories and anecdotes I’d heard. I even included some of my own experiences. When I was at university, there was a student who tried to radicalise freshers. He was incredibly charming and brotherly. It was a stark reminder that no matter how intelligent you are, you can still become a target. Needless to say he was eventually banned.

Why did you decide to aim your book at a “teen” audience rather than an adult one?

As a secondary teacher, I have had the absolute privilege of working with wonderful teenagers for over seven years. A lot of the dialogue and events are actually based on them. When my students heard I was writing this book, they were very excited and some of them even gave me feedback. I guess at the end of the day you write what you know.

Do you have any personal experience with the racism or radicalisation depicted in the book?

Unfortunately yes. It varies from subtle hints to full on aggression. I remember getting on the train home from school with a backpack and hearing whispered conversations about how “uncomfortable” I was making people feel. There was worse stuff but I find it difficult to talk about.

As far as radicalisation is concerned, as I mentioned earlier, I unfortunately experienced some of it at university. One of my relatives ended up being sucked in by the wrong crowd and upped sticks for the Middle East believing Islam and life in Britain are incompatible. I don’t believe that to be true at all.

It was fascinating reading about the conflict between Muzna’s Pakistani, Muslim and British cultures. Do you have any advice for young people struggling to reconcile different aspects of their identity?

I think the biggest message there would be to talk to your parents and teachers and friends. The worse thing you can do is struggle alone. When you talk to people in a frank and honest way, you get to explore issues that are bothering you from multiple perspectives. Khadijah becomes a positive mentor figure for Muzna since she has been through similar experiences. Sometimes people become worried when they don’t fit a specific label, but there is so much intersectionality out there and it is important to know that that is absolutely fine.

Does Muzna’s strict upbringing reflect your experiences? Is this still common in the Pakistani community?

Muzna’s strict upbringing has echoes of my own experience and some, but not all, of my students too. The thing you have to remember is that Muzna’s parents are first generation immigrants so a lot of their strictness comes from fear of losing Muzna to an ‘alien’ culture. Her own father loses his job through racism and wants to protect her from ever facing the same thing. That is what drives him to want her to become a doctor. He thinks it will grant her respect, power and security – things he feels he never had.

In terms of strictness being common in the Pakistani community, I would say, just as with other communities, it varies from family to family. In my second book, I feature another British Pakistani protagonist but his family are very different.

How much does your experience as a teacher inform your writing? Did you particularly identify with any of the teachers in I Am Thunder?

I wholeheartedly believe I could never have written the book if I wasn’t a secondary school teacher. I felt the discussion around radicalisation was owned by everyone who wasn’t Muslim and in particular nobody was listening to what teenagers were saying. Not enough was being said about Islamophobia and the rise of the Far Right. Some of my Muslim students reported the most terrible experiences on their way to school such as being verbally abused, spat at and having a hijab ripped off. None of these things should ever be happening. I put all of these things in my book hoping people would empathise. Muzna makes a lot of questionable decisions, but she also makes a lot of heroic ones and ultimately I think her list of achievements is quite extraordinary.

I like Mr Dunthorpe a lot, but I wouldn’t say he’s me. I based him on a couple of colleagues who I was very impressed with.

A number of people in our group found the teen marriage element of the book quite shocking. Is that kind of thing common? Was this something you included in your book to raise awareness about a very real issue or was it more an exciting plot device?

No doubt about it: it is shocking and I included it to raise awareness. It was revealed that the rising numbers of girls from the west who joined ISIS from 2015 were duped with promises of a ‘pious husband’. There were several harrowing stories about ‘jihadi brides’ in the press and I felt this was something that needed to be addressed in YA fiction.

What are your plans next? More writing, back to teaching, something else entirely?

I’m simultaneously studying for an MA in Creative Writing and working on Kick The Moon¬ (my second YA novel for Macmillan). But I definitely would like to return to the classroom at some point!

What Hogwarts Houses would the main characters be in? (This is our signature question!)

Muzna – Gryffindor. She saves the day a whopping 4 times so she’s unquestionably brave. I was originally going to say Hufflepuff but I think the Sorting Hat would be able to see past the ideas others have imposed on her to see who she really is.

Arif – Ravenclaw. He definitely has the good-looking and arrogant thing down pat, but he also shows intelligence with some of his criticism about the treatment of people of colour and Muslims.

Khadijah – Ravenclaw as intelligence is her greatest trait.

Thank you so much for having me! 😊