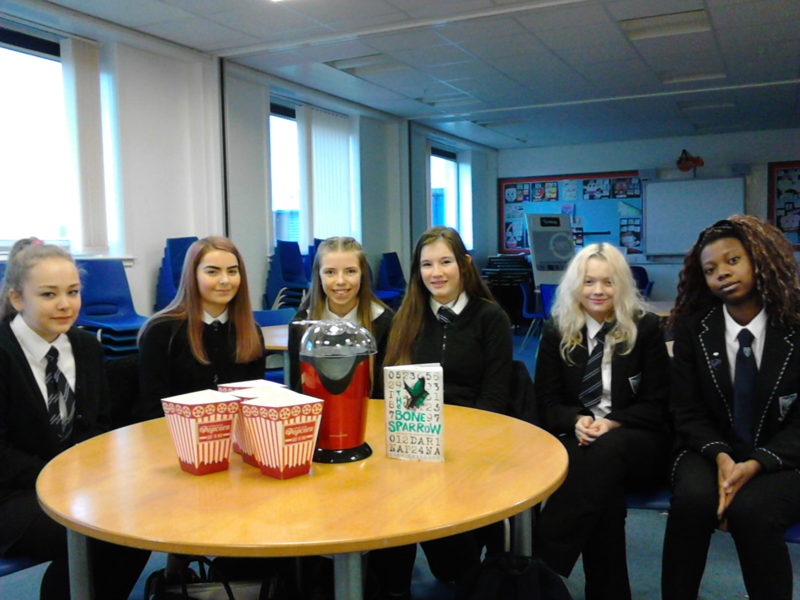 “We loved this book. We felt it is so now and couldn’t put it down. We found it hard to read without crying though.”

The Bone Sparrow tells the story of Subhi, a 10-year-old boy who has spent his entire life living in a refugee detention centre after his mother and sister fled the violence of their homeland.This book is about refugees, but it’s also about imagination, friendship, hope, and the power of story-telling.

What inspired you to write about detention centres?

It horrified me that people who were fleeing war and terror were not greeted with compassion but instead locked in detention centres in remote and often harsh conditions. I thought asylum seeker policies would change before I found a character who could carry the story. Unfortunately, the policies only became increasingly more inhumane.

Are the refugees in The Bone Sparrrow Burmese? Why?

While I was writing The Bone Sparrow there was a group of asylum seekers from Burma (or Myanmar as it is now called) who were stranded at sea. They had no food, no water, no petrol. They were fleeing persecution and in fear of their lives, and some reports suggested the people were forcibly put on the boat under threat of death. These people – men, women and children – were stranded at sea and no one helped them. Instead, governments argued over whose responsibility they were. In the end it was a group of local fisherman who rescued them. The asylum seekers were Rohingya people from Burma.

The Rohingya are a Muslim minority in a predominantly Buddhist majority country, and according to the UN are among the most persecuted people on earth. They are locked in camps, denied access to education and work and have their homes and land taken from them. There are allegations that the government of Myanmar is committing genocide in its treatment of the Rohingya. I wanted to bring their plight to the attention of as many people as I could.

Why did you choose to write through the eyes of a young boy?

I needed a character who saw the world differently. I needed someone with hope and a belief that his future would be different to the life he was currently stuck in. I needed an ability to see the light in very, very dark situations. There is something really special about kids at that age right before adolescence. They are beginning to see themselves as adults, and to think about the world they want to live in, but they can still step back into childhood. It makes for a great character, and a character that we can all relate to.

Would you write a sequel as the ending is a cliffhanger?

I don’t think so. Life rarely has neat closed endings…I like imagining the different futures for Subhi, I like wondering. I think if I wrote a sequel then I would have to say goodbye more firmly to Subhi as well, and I’m not ready for that yet.

Are the characters based on people you know?

Sometimes there are small details from people I know that sneak their way into the book, but it would be much too difficult to write if I based the characters on actual people. I need to let the characters tell their own story and see where it takes them, rather than telling them what has to happen.

If you could bring one character to life today, which character would it be and why?

This is such a difficult question to answer! I think I would have to say Subhi. Subhi has such a wonderful hopefulness and belief in the future, and I think we could all learn from that. But then Eli – lovely Eli – he is a fighter. He stands up for what he believes in, he is loyal and kind, and a real fighter. He could make real changes in the world if only people would listen.

But really, the reason I find this question most difficult to answer is because there is a small part of me that refuses to admit that each and every character in my book isn’t already ‘brought to life’. I may be slightly odd, but it does mean I am never lonely…

What could stop the refugee crisis?

Compassion. Understanding. Empathy. Humanity. People seeking asylum are not doing anything illegal – it is a recognised human right to seek asylum and refuge. We should be welcoming refugees, supporting them, and helping them. We should not let fear mongering and politics interfere with humanity and common decency.

Who is your favourite author?

I have so many! My favourite author changes all the time, but a few firm favourites are: David Almond, Siobhan Dowd, Roddy Doyle, Louis de Bernieres and Frederik Backman. I can happily pick up any book from any of these authors and know I will adore every word.

When I was 14 I discovered Isabelle Allende. She is a wonderful writer who has really influenced the way I write. The books of hers that really impacted on me were political and beautifully written character based stories, with elements of magical realism that I just adore.

The other book that I read about this time was The Handmaid’s Tale by Margaret Atwood. This book is amazing. The gradual shift from the world we know to a completely alien existence is so believable, and then to discover that many of the things that happen in the book are happening in the real world – it totally blew my mind.

Did you always want to be a writer, what else would you like to be?

I didn’t always want to be a writer, although I always wrote. I wrote for myself though, and it wasn’t really until I had kids of my own that I found a great desire to write for others. I love teaching and working with kids, so if I couldn’t write I would go back into schools. I also spent many years as a magician – I’m sure I could work that into things in some way!